Welcome to the League of Women Voters Riverside

Track your vote-by-mail ballot—when it is mailed, received, and counted

Learn about the League of Women Voters

Read about us to learn more...

Riverside's League began in 1953 and graduated to full League status in 1954.  Ruth Brill was President of the new League and they immediately began taking action. Their first accomplishments included a City requirement that all sidewalks be included in residential neighborhood plans and they were instrumental in creating the position of Traffic Engineer to work on City traffic planning. 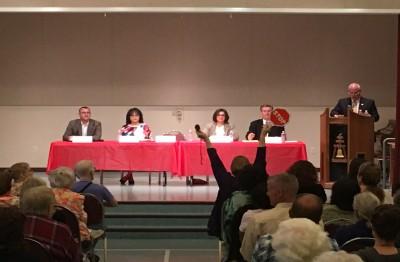 On the County level, our League urged the creation of the County Executive Officer position.  They supported the creation of a County Adoption Agency which still operates  today.  Riverside's Jefferson House for chronic mental illness began with a League study.  Another local League study of the California aqueduct prompted action to save the Santa Ana River.  After an arduous battle, the river is now considered saved.

Our League has been at the forefront of ethics reform, education, transportation and air quality issues.  Over the years we have held countless candidate forums, hosted public information meetings and distributed thousands of voter information guides. 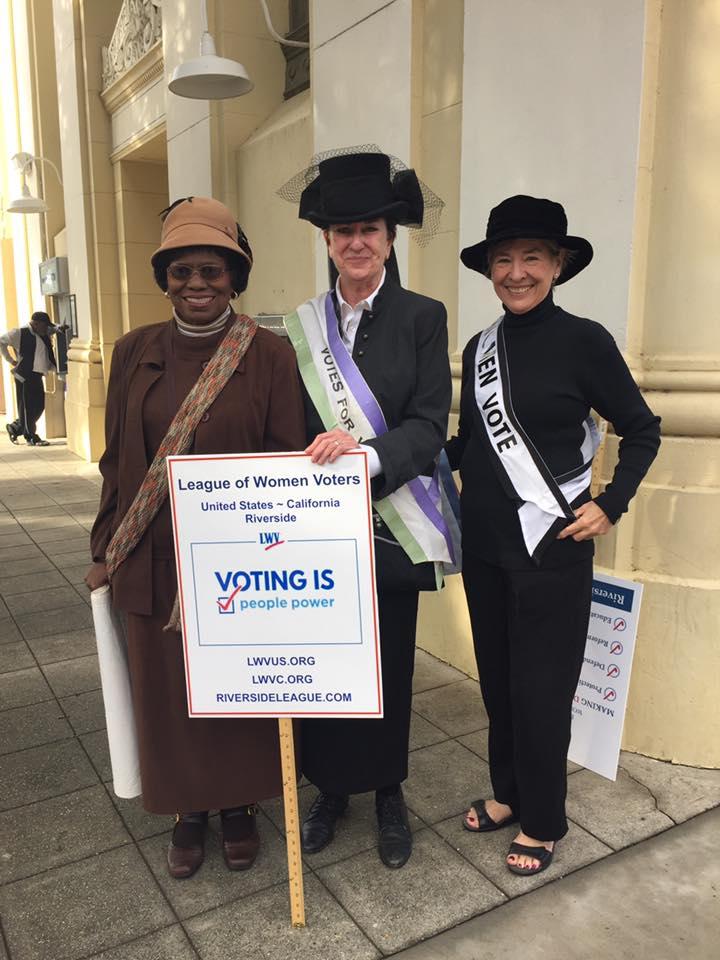 We take our legacy of voter education and advocacy very seriously. In fact, our dedication makes the League the organization where hands-on civic involvement leads to civic improvement.

The suffragettes who started the movement to give women the right to vote didn’t know if they would succeed.  But, they persevered.  Today, with over 850 local Leagues, 50 State Leagues and our National League, we remain equally committed to improving our democracy and the quality of life for all our citizens.  It’s been 98 years, but civic participation never goes out of style.

The League of Women Voters | Riverside look forward to continuing our efforts and hope our fellow citizens will join us in protecting our voting rights !

Submitted by Riverside in August 2020.

Submitted by Riverside in May 2019.