LEAGUE STUDIES: Before members reach a position on an issue, it is essential that they have an opportunity to become informed. League studies give members an opportunity to examine the facts and discuss key points. The study cited below is the most recent.

This study examines in depth the attempts by States and citizen groups to transfer ownership of public lands from the Federal Gov't. to States and/or private entities.  The League of Women Voters of Utah supports the positon that Public Lands must remain under the protection/administration of the Federal Gov't.  Click the link below to see the full study.

The link below will take you to online versions of additional studies.

LEAGUE PROGRAM PRIORITIES: The League of Women Voters of UTAH program is a list of priorities generated by the members every two years.

The League of Women Voters takes action on an issue or advocates for a cause when there is an existing League position that supports the issue or speaks to the cause.

Positions result from a process of study. Any given study, whether it be National, State, or Local, is thorough in its pursuit of facts and details. As the study progresses, a continuing discussion of pros and cons of each situation occurs. Prior to the results of the study being presented to the general membership, study committee members fashion consensus questions that are then addressed by the membership.

Additional discussion, pro and con, takes place as members (not part of the study committee) learn the scope of the study. After the members reach consensus, the board forms positions based on that consensus.

Past Programs and Events

The League of Women Voters of GRAND COUNTY programs are determined annually and focus on issues of local concern, including statewide legislative action that impacts Grand County. 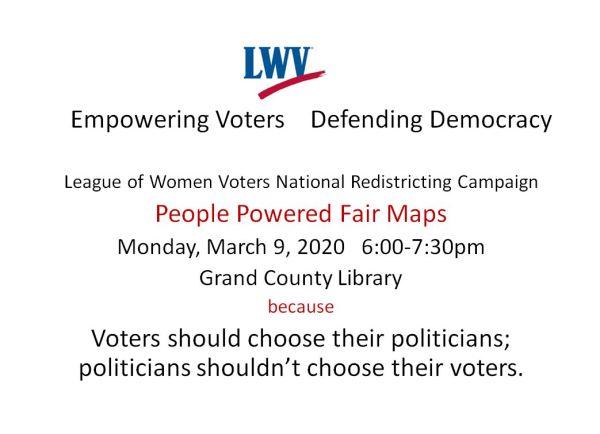 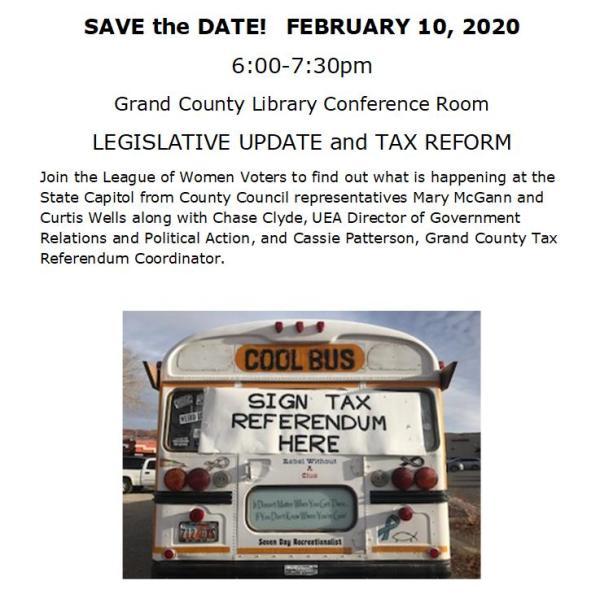